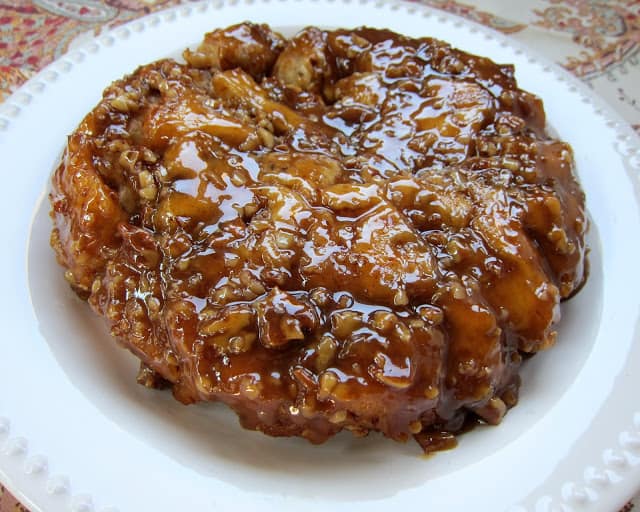 I’ve been making a version of this bread for years.  The original version uses refrigerated biscuits. I decided to change it up last weekend and used a can of cinnamon rolls. Tt was out of this world.  This is so quick and easy. It only uses 4 ingredients – butter, caramel sauce, pecans and cinnamon rolls. This is great for breakfast, brunch or even dessert! It is a real crowd pleaser. 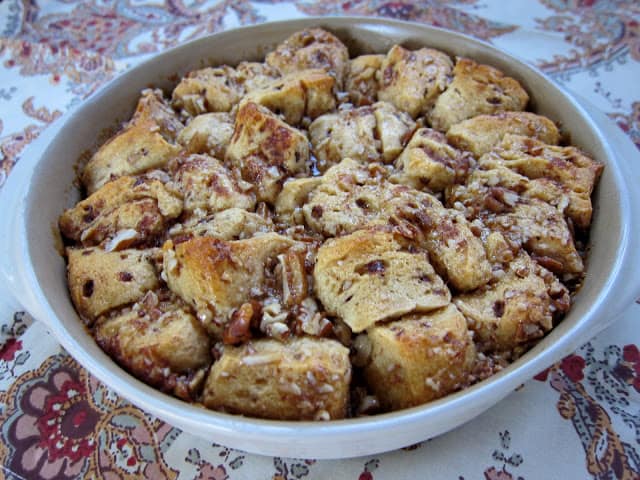 Add this recipe to ZipList!

Preheat oven to 350. Combine melted butter, caramel and pecans. Cut each biscuit into 4 pieces and toss in caramel mixture. Spoon mixture into an 8-inch cake pan.  Bake for 20 minutes, or until golden brown. 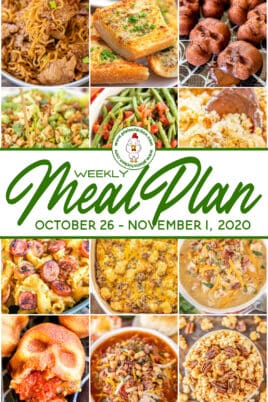 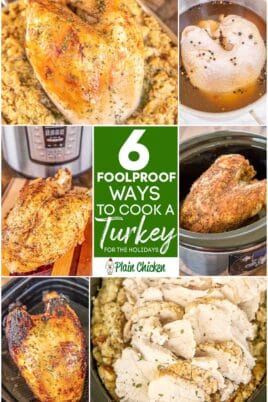 6 Ways to Cook a Turkey 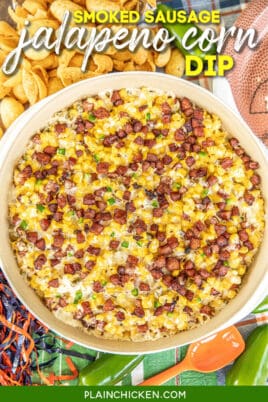 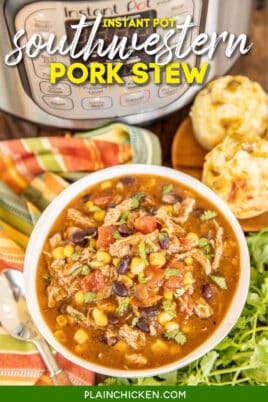 Instant Pot Southwestern Pork Stew – a hearty stew complete with juicy pork and tender veggies! Making it in the…