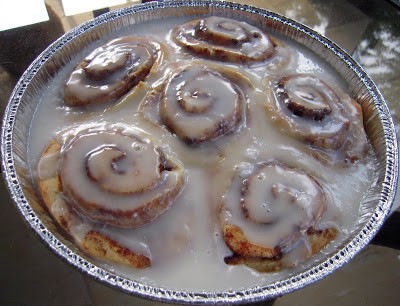 Homemade cinnamon rolls have been on my to do list for years. I finally broke down and made them over the weekend. I decided to use the recipe on Pioneer Woman’s blog. The dough was incredibly easy to make. I let the dough sit in the refrigerator overnight and rolled it out the next morning. The cinnamon rolls were great. I didn’t use Pioneer Woman’s glaze recipe. I just mixed up some powdered sugar, milk and vanilla and poured it over all the rolls. 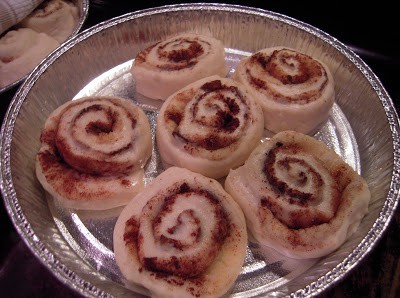 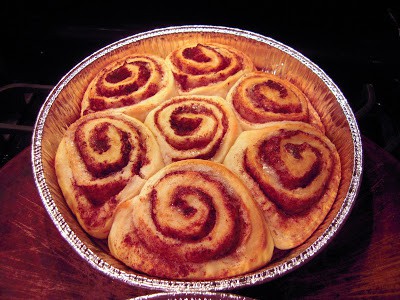 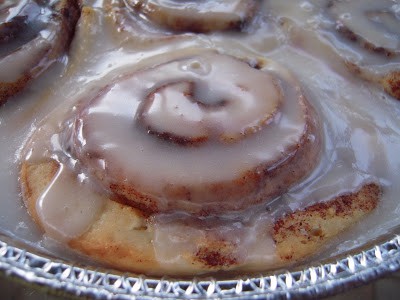 Mix milk, vegetable oil, and sugar in a pan (large soup-pot type). “Scald” the mixture (heat until just before the boiling point.) Turn off heat and leave to cool 45 minutes to 1 hour.

When the mixture is lukewarm to warm, but NOT hot, sprinkle in yeast. Let this sit for a minute so the yeast gets all warm and moist and happy. Then add 4 cups of all-purpose flour. Stir mixture together. Cover and let sit for at least an hour.

Now add ½ cup of flour, baking powder, baking soda, and salt. Stir mixture together. At this point, you could cover the dough and put it in the fridge until you need it—overnight or even a day or two, if necessary. Just keep your eye on it and if it starts to splurge out of the pan, just punch it down. Or, of course, you can just go ahead and make the rolls.

Sprinkle surface generously with flour. Take dough and form a rough rectangle. Then roll the dough thin, maintaining a general rectangular shape. Rectangle should increase in both width and length as you roll it out.

Now drizzle melted butter over the dough. Sprinkle sugar over the butter, followed by a generous sprinkling of cinnamon.

Starting at the opposite end, begin rolling the dough in a neat line toward you. Keep the roll relatively tight as you go. Some of the butter / sugar / cinnamon mixture may ooze out toward the end, but that’s no big deal.
Next, pinch the seam to the roll to seal it. Spread 1 tablespoon of melted butter in four round, foil cake or pie pans. Then begin cutting rolls approximately ¾ to 1 inch thick and laying them in the buttered pans. This recipe makes approximately four pans of rolls (29 rolls)
While the rolls are in the oven, make the frosting. To a mixing bowl, add powdered sugar, milk, and vanilla. Stir until mixture is thick but pourable. Taste and adjust as needed.
Generously drizzle frosting over warm rolls after you pull them out of the oven. Be sure to get frosting around the perimeter of the pan, too, so the icing will coat the outside of the rolls. 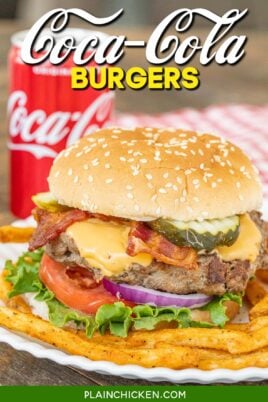 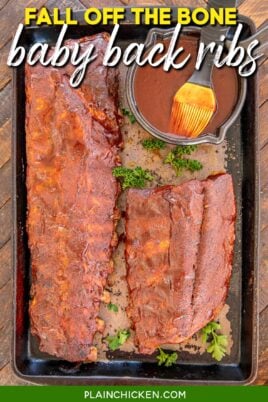 Fall Off The Bone Ribs

Fall Off the Bone Ribs Recipe – baby back ribs coated with a homemade spice blend and baked until tender.… 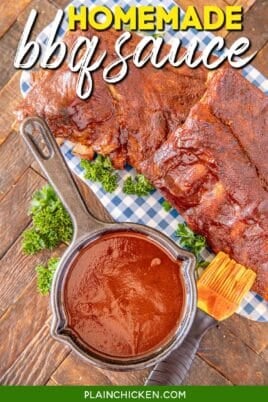 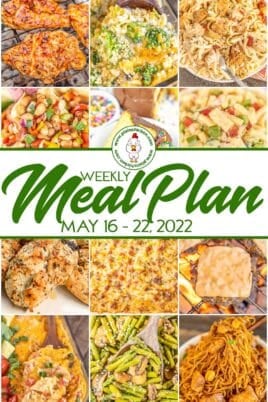