This Instant Pot BBQ Spaghetti is a new favorite. SO quick and easy. It is packed full of amazing flavor. We topped the spaghetti with some cheddar cheese and green onions. Such a fun twist to our regular spaghetti night!

How to Make Spaghetti with BBQ Sauce in the Instant Pot

Have you ever eaten BBQ Spaghetti? It is basically spaghetti with BBQ sauce in the sauce mixture. I know it sounds weird, but it is actually really good.

I used some precooked pulled pork in this recipe. My favorite store-bought pulled pork is Costco’s pulled pork. It is surprisingly delicious. You can find it in the back near the other pre-cooked meats and soups. If you don’t have a Costco nearby, just look for any brand of pre-cooked pulled pork. It can be with or without sauce. In the grocery store, look near the other pre-packaged meats in the meat department. You can also pick up some pork from your favorite BBQ joint. If you aren’t a fan of pulled pork, feel free to swap it for some cooked chicken or brisket.

Just a note – I used a pretty thin BBQ sauce. If you are using a really thick BBQ sauce, you may want to add an additional ¼ to ½ cup of water to the Instant Pot to avoid getting the BURN notice. If your sauce is too thick, the pot can’t come to temperature.

What to Serve with BBQ Spaghetti 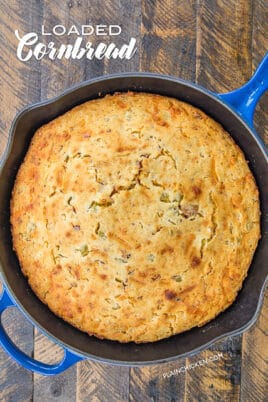 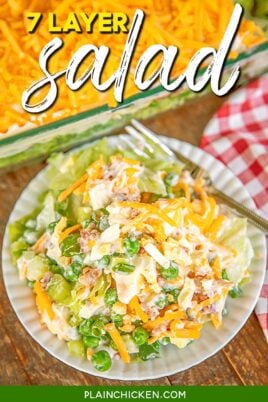 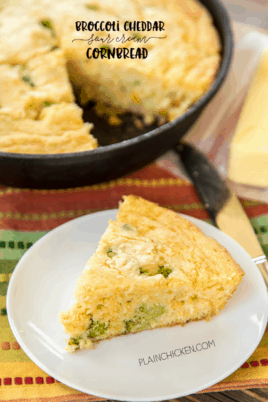 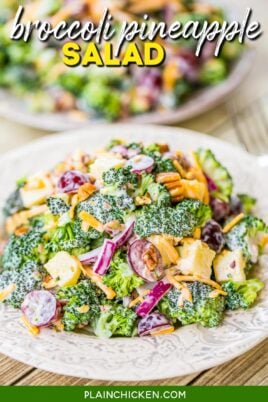 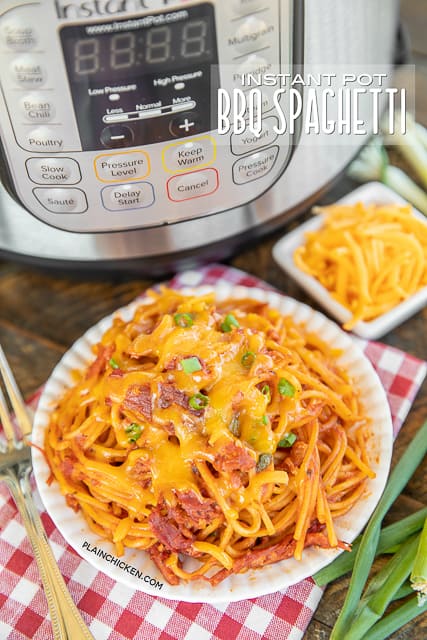 Can substitute cooked brisket or chicken for pulled pork. 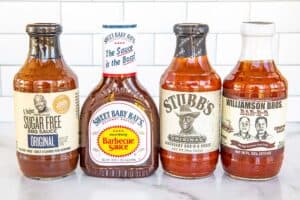 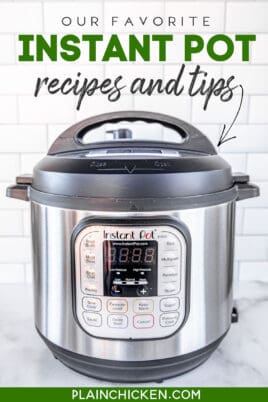 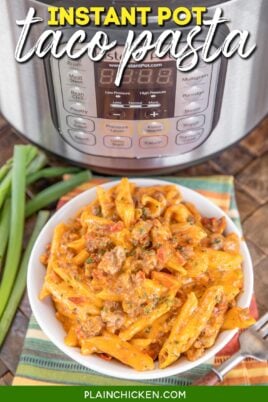 Instant Pot Taco Pasta Recipe – so simple and tastes great! One bite and you will be blown away! Pasta, taco… 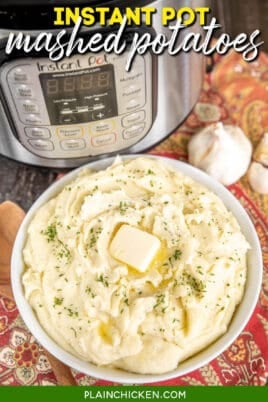 The BEST Instant Pot Mashed Potatoes – hands-down the BEST mashed potatoes I’ve ever eaten. They are super creamy and…

Instant Pot Penne alla Vodka with Sausage – inspired by our favorite Italian restaurant. SUPER easy to make with only…