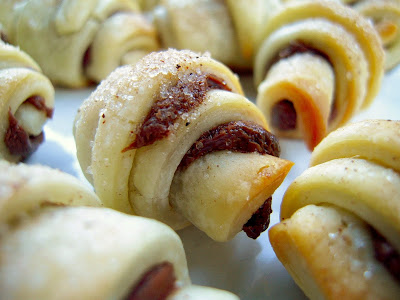 This month for the Nutella Challege I decided to make these super simple Nutella Pie Crust Cresent cookies. I had never heard of pie crust cookies until a few weeks ago. I thought if just cinnamon-sugar pie crust cut outs were good, that a pie crust cookie filled with Nutella would be even better! I was right. They are so good and so easy to eat! 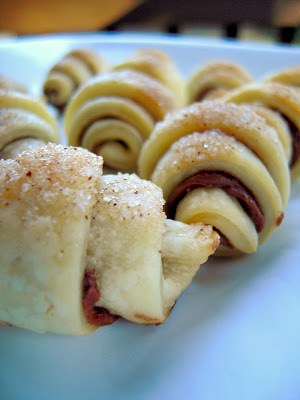 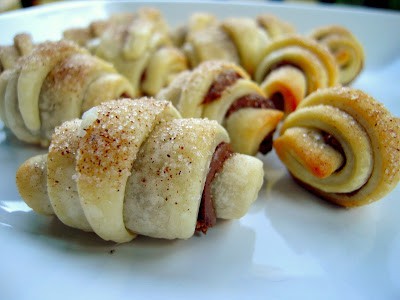 Unroll pie crust and slice into 32 wedges (pizza slice style). Spread a small amount of Nutella on each triangle and roll up, starting with wide end. Top each crescent with melted butter and sprinkle with cinnamon sugar. 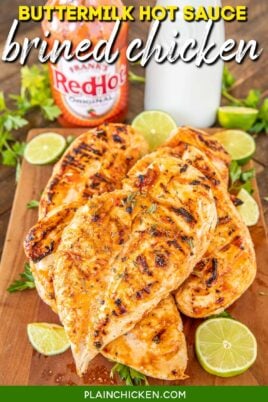 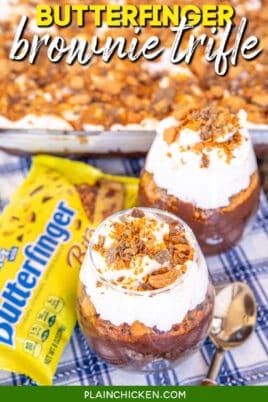 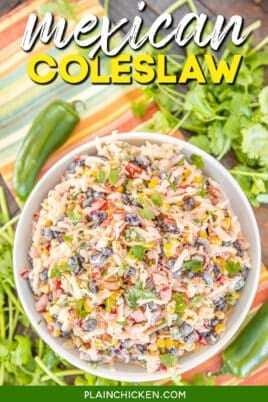 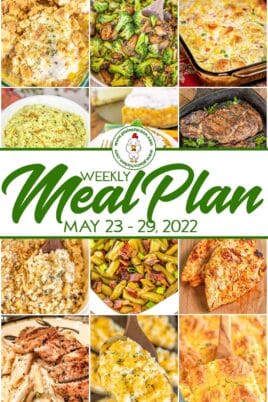