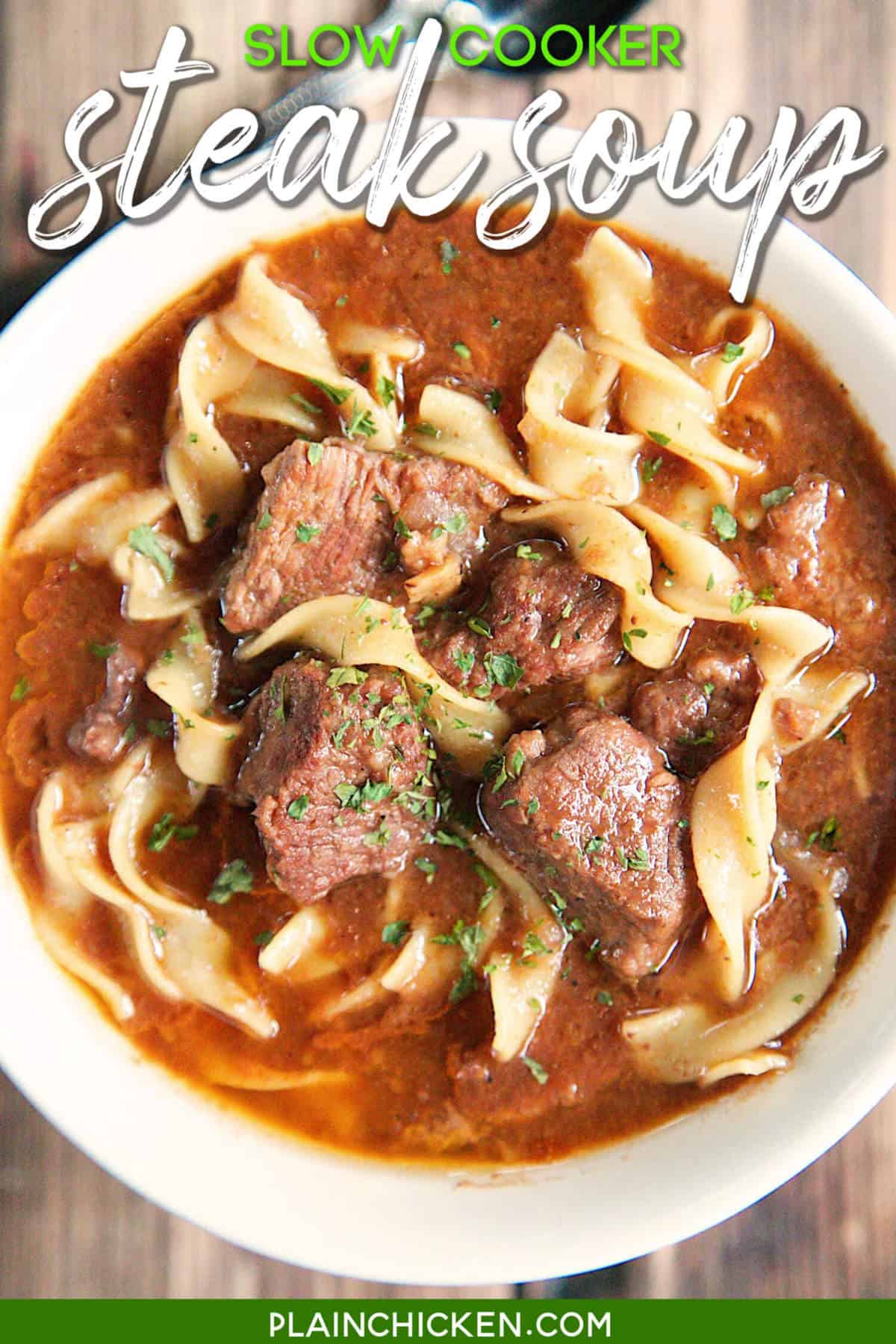 This time of year I love to have soup for dinner. Soup is easy to make and warms us up on these cool Fall nights. This Steak Soup has quickly become a new favorite. We’ve made it several times in the past few weeks and just can’t seem to get enough of it.

The soup starts with browning some chopped roast and then tossing it in the slow cooker with some beef broth, onion soup mix, tomato paste and Worcestershire sauce. About 15 minutes before you are ready to serve the soup, toss in some egg noodles and let them cook until tender. I love that the noodles cook in the slow cooker!

This Slow Cooker Steak Soup is SO delicious! It is hard to believe that something so simple can taste so good. Serve this with some crusty bread for a complete meal! Comfort food at its best. 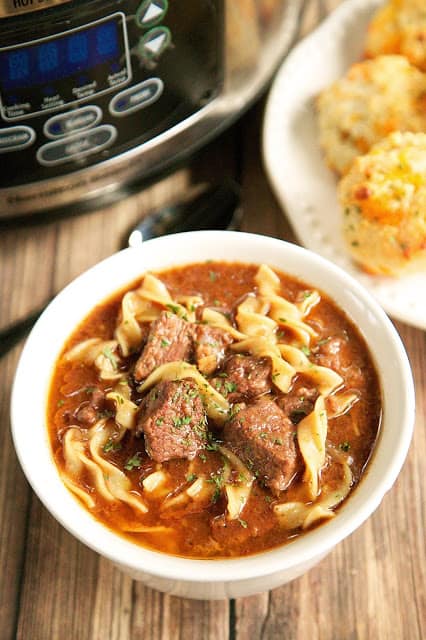 Can brown meat the night before and put in the slow cooker in the morning.
Plain Chicken
https://www.plainchicken.com/slow-cooker-steak-soup/ 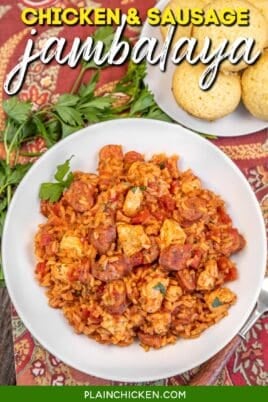 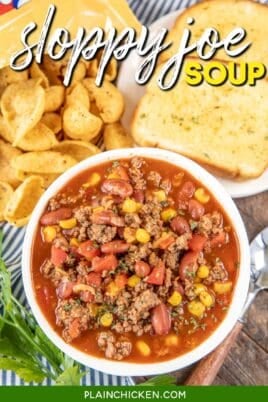 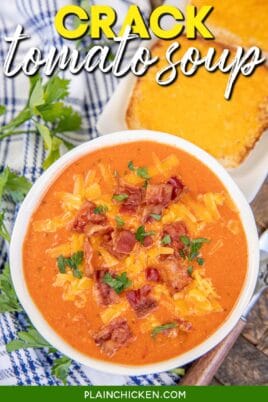 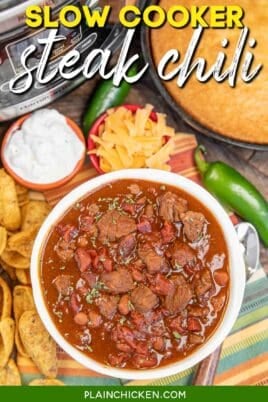