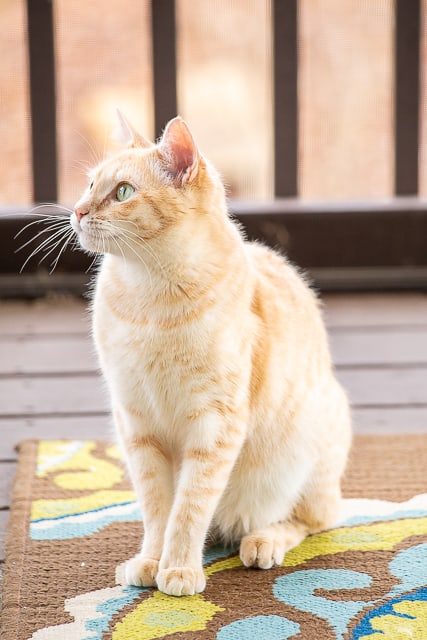 We had a really tough weekend. The Nacho Man had to be hospitalized with a severe life-threatening lung infection. I’ve been a wreck all weekend worrying about him. I am just heartbroken he has been in pain.
See below for up continued updates on The Nacho Man. 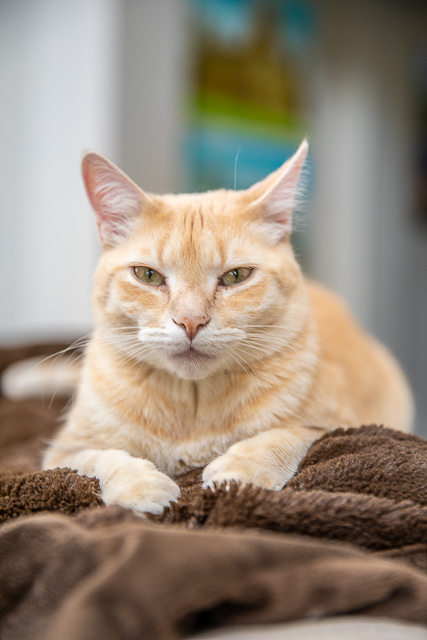 The little guy hasn’t been himself for several weeks. We took him to the vet because he wasn’t eating. The vet said he looked fine. Nacho Man did start eating some after he got home, but not like normal.


Last week he just stopped being himself. He stayed upstairs all day and didn’t eat anything. We took him back to the vet on Friday. They noticed he was having trouble breathing. They took x-rays and one of his lungs was completely full of fluid. He has a severe infection that is life-threatening.


He spent the entire weekend at the emergency vet receiving around the clock care. The broad-spectrum antibiotics aren’t working against the infection at this time. He did good Friday until Sunday morning. They drained more fluid from the lung on Sunday morning and he was much better.


We went to visit Nacho Man on Sunday, and he was excited to see us. He was purring, rubbing on us and walking around. We could tell that he really wanted to go home. He sat at the door looking at the handle. We talked to the vet about his condition and what might have caused the infection. She said there is really no way of knowing at this point. We have to wait and get the lung fluid culture results back before know what is going on and make any real treatment plans.


We are picking him up bright and early on Monday morning and taking him to his regular vet to continue treatment.


The vet sent off some of the fluid from his lungs on Friday. Hopefully, they will have some preliminary results and a better idea of what antibiotic to give Nacho Man to fight the infection. We may have to take him down to the Vet School at Auburn University for a CT Scan. We will know more on Monday or Tuesday. Thankfully my parents live in Auburn so they can help out if needed.


I am really hoping the little Nacho Man pulls through. I need more time with this sweet boy!


***UPDATE 5/20/19***
Nacho Man has a condition known as Pyothorax. It is when fluid builds up in the lungs and chest cavity. This is the first case of pyothorax our vet has ever seen. The owner of the vet practice has only seen one other case years ago when he first started out. It is apparently a rare condition. The source of pyothorax is rarely found. Some possible causes are penetrating wounds to the chest wall, wounds to internal structures like the esophagus or trachea, a migrating foreign body like a grass seed, spread of infection from the lungs or the spread of upper respiratory infection.

We were able to bring Nacho Man home tonight. He came in and went straight for the food. That is a very good sign! He hasn’t eaten since last Wednesday. He was SO happy to be home! We will go back tomorrow and get another round of IV antibiotics and fluids. His culture results should come back Wednesday or Thursday. That will tell us if we need to tweak the antibiotics. Overall, it was a good day for The Nacho Man Kitty Savage.


There is still the possibility of surgery for a chest tube to drain the fluid. He could also need a feeding tube if he doesn’t start to eat more. Hopefully, we won’t have to go that route. If we do, we will take him to Auburn University later this week. All of the vets are optimistic that he can recover from this with proper treatment.


***UPDATE 5/21/19***
Nacho Man went back to the vet this morning. He wasn’t happy about it. His temperature is good – he isn’t running a fever.  He also hasn’t lost any more weight. He weighs the same as he did last Friday. We are going to pick him up and bring him home for the night again. Hopefully, he will nibble on some food.

The vet recommended that we go ahead and take Nacho Man to Auburn tomorrow. He is going to need a chest tube to drain all the fluid out of his lung. She said she would rather go ahead and get that started now rather than wait. SO….Nacho Man and Chicken Legs are going on a road trip in the morning. I will be in San Francisco until late Thursday night. I am hoping we can pick up the boy on Friday when I get back home. 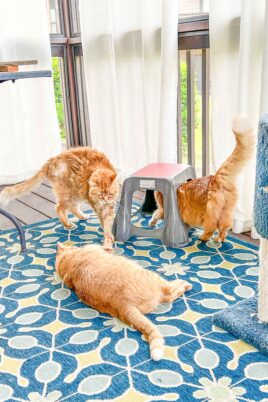 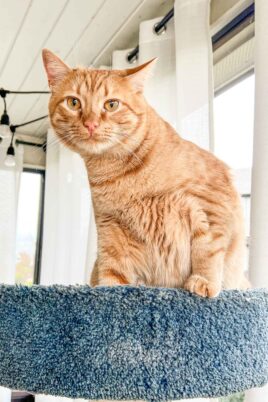 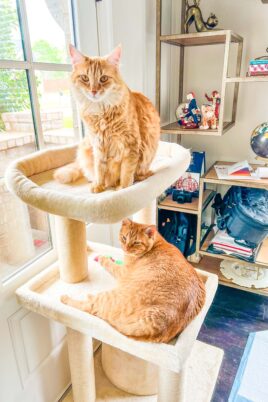