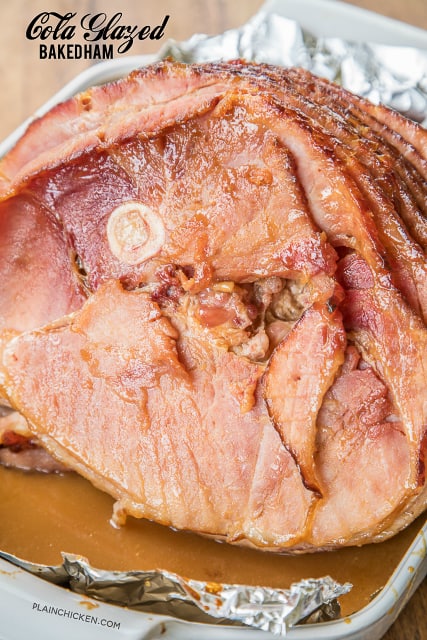 Cola Glazed Baked Ham – you’ll never buy a fancy store-bought honey glazed ham again! Only 3 ingredients in the glaze – brown sugar, dijon mustard and cola. Baste the ham as it bakes to get maximum flavor. Don’t forget to baste in-between the slices. This ham is always a hit! It is 1000% better than that fancy store bought ham. YUM! 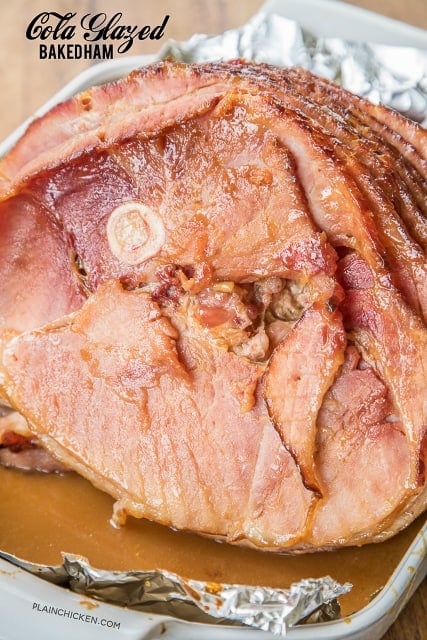 Christmas is all about the ham! I love ham at the holidays. We usually buy a fancy honey glazed ham, but this year I decided to try my hand at a homemade Cola Glazed Baked Ham. Y’all this was BETTER than our usual store-bought ham. I mean, seriously out of this world delicious!!! I can not wait to make this for our Christmas dinner. It is the bombdiggity!!!! 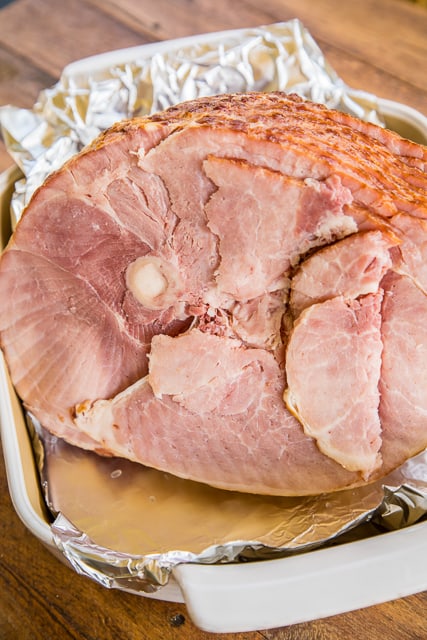 I bought a fully cooked spiral baked ham at the grocery store.
I bought an 8-pound ham because that was the smallest one that they had. 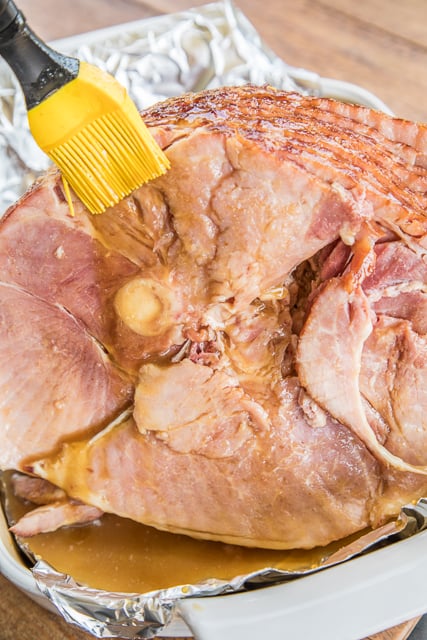 The glaze is super simple. Only 3 ingredients – brown sugar, dijon mustard, and Coke. I brushed the glaze all over the ham and in-between the slices. Make sure to get the glaze in-between all those slices!! You want the every slice to have amazing flavor!! 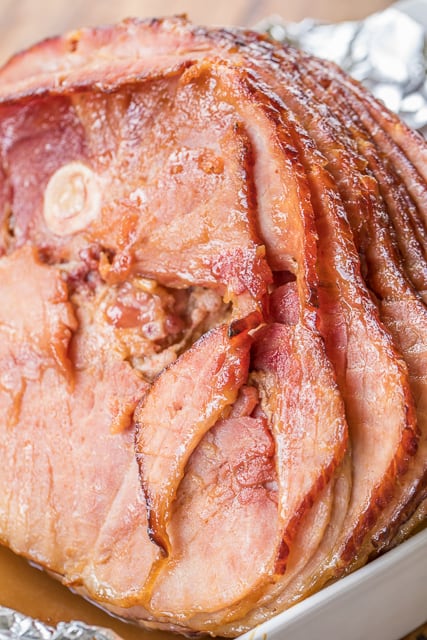 I baked the ham covered for about an hour and then baked it an additional 30 minutes uncovered.
I basted the ham with the glaze every 10 minutes as it baked uncovered. The result was one of the BEST hams I’ve ever eaten. The leftovers were AMAZING too!! I will never buy a fancy store ham again! This ham is 1000% better! 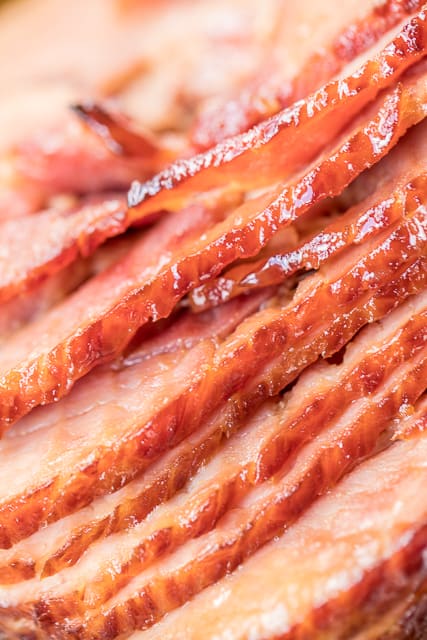 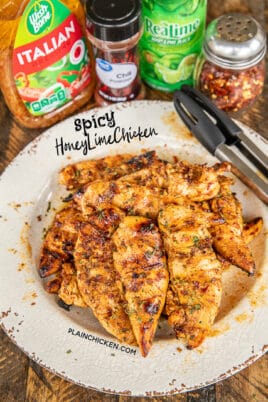 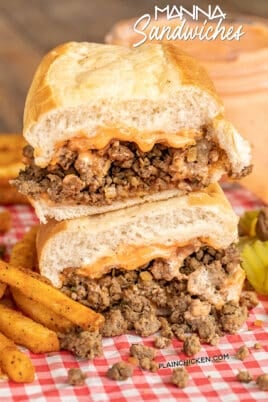 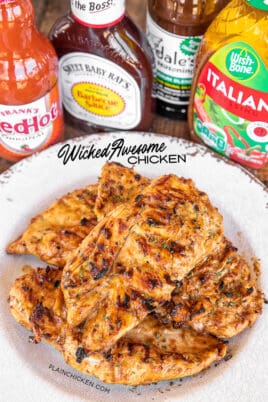 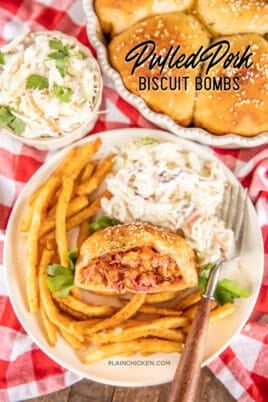